Once money was allowed to rule, too soon it became evident that most politicians turned AWAY from the citizenry and TOWARD the money teat. It’s a single-party system: the party of the monied elite, with 2 faces for us to “believe” it’s a 2-party system. This con was so well executed most of us have been asleep thinking justice was being served. 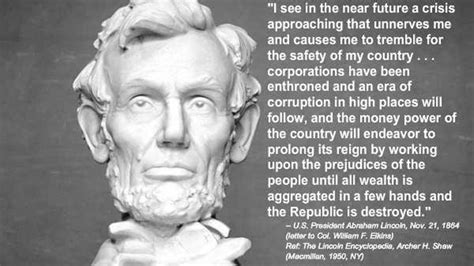 The DNC’s actions the last 4+ years (and probably longer, tho less visible) betray their charter of identifying and supporting good candidates for national leadership. It went out of its way to remove the best candidate for citizens’ rights: Bernie Sanders, because he threatened the unjust power of money.

The GOP is smugly and blatantly carefree in its abandonment of the citizenry, knowing they have the power to do so with impunity.

THIS is what we must dismantle and replace.

It must start with transparency and respect / pursuit of truth and justice. It must ENFORCE the Constitution and its guarantees if we are to be a just nation.

Therefore, restoration of a free press, elimination of unreasonable money influences, prosecution of corruption and nepotism, dismantling of the BIG-X industrial complexes, complete and visible tracking of money flows, are all necessary.